Available at amazon.com and many other book outlets. This is the 6th book in a series of the We Were Soldiers Too. Telling the stories of those soldiers who served during the Cold War. #KoreanDMZVets #wws2 #korea #koreandmz #dmzwar #DMZWar #dmzvets

1966 November 2nd - Up on the Z - Private Reynolds was a member of a patrol operating near the southern boundary of the Demilitarized Zone in Korea when his patrol was attacked and overrun by an armed patrol of the North Korean Army. Prior to the attack, as rear security man, he had occupied a concealed position and opened fire upon the enemy, and he continued to fire until he himself was killed. #koreandmz #dmz #DMZVets #DMZConflict #dmzwar #koreandmzvets #2ID

Doug Voss and Tom Lucken oversee the website and all the social media sites associated with the Korean DMZ Vets. You can contact them through the contact page on the site, which is listed under the More Tab. Or you can email them at the address below: Tom Lucken - kimchiman13@gmail.com Doug Voss - dwv123@aol.com Or, you can send all paper mail to: Korean DMZ Vets c/o Tom Lucken 304B Hazel ST Troy, IL 62294 #koreandmz #koreandmzvets #dmz #dmzwar #DMZVets

2018 - As of March, Bridge of No Return!!!! Photo is courtesy of a young NCO who is currently serving over there now. This is very recent to happen, it is not to keep the South out of the North. But to contain the North Koreans from fleeing south. #dmz #jsa #panmunjom #bridgeofnoreturn #dmzvets #dmzwar #koreandmz #koreandmzvets #DMZConflict 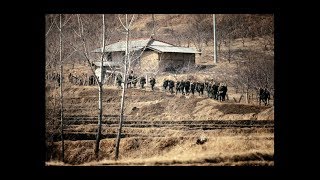 Although not DMZ, many who served on the DMZ also took part in the Team Spirit Exercises. All pictures are courtesy of NARA (National Archives)...... #koreandmz #DMZVets #ROK #2ID 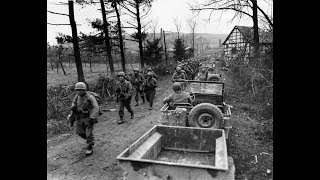 While we have been researching for DMZ material, we have come by alot of Korean War images at the National Archives (NARA) that most have never seen. So we created a video of them for everyone to view. Please enjoy and share..... #KoreanWar #KoreanWarVets #DMZVets

Life as a Peacekeeper in Korea

You can go to the link below and read Joe's article: http://www.24thida.com/stories/harman_life_as_a_peacekeeper_korea.html #1980s #dmz #koreandmz #DMZVets #Korea #ROK #2ID
1
2

Christmas Just Around the Corner.....

Happy Thanksgiving to all from the Korean DMZ Vets....